Kniphofia uvaria is also known as Tritoma, Torch Lily, or Red Hot Poker due to the shape and colour of its inflorescence. The leaves are reminiscent of a lily, and the flowerhead can reach up to 1.52 m in height. There are many varieties of torch lily, and they bloom at different times during the growing season. The flowers are red, orange, and yellow.

Kniphofia uvaria originates from the Cape Province of South Africa, and has been introduced into many parts of the world, such as North America, Australia, New Zealand, and Europe as a garden plant. It is hardy in zones 5-10. In parts of south-eastern Australia, such as the Central and Southern Tablelands of New South Wales and southern Victoria, it has escaped cultivation and become naturalised. 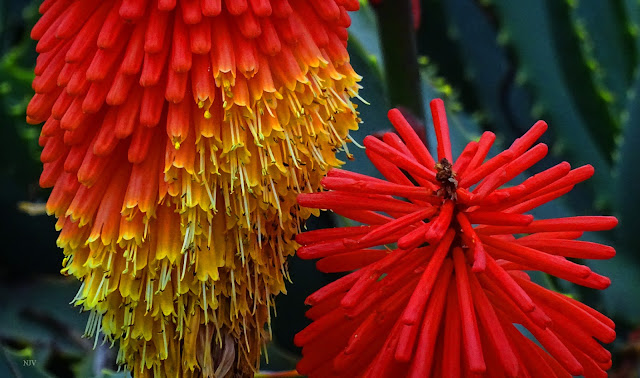 Click here to enter
Posted by Melbourne Australia Photos at 03:49