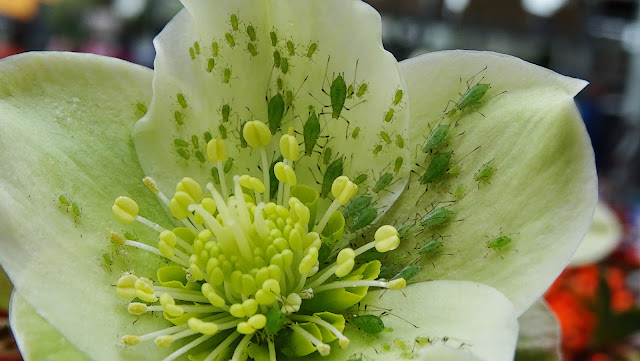 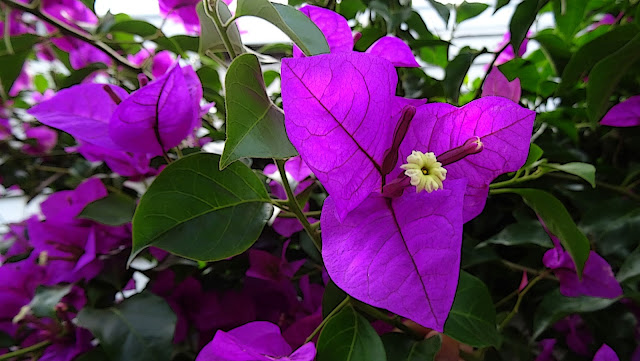 Pelargonium × fragrans, like its parent Pelargonium odoratissimum, is a small, spreading species which only grows up to 30 cm high and 60 cm wide. It has small white flowers and its leaves are waxy, green and ovate with slightly fringed edges. It has a sweet, slightly spicy, eucalyptus-like ("nutmeg") scent.

Nutmeg-Scented Pelargonium makes a nice scented border in zones 9 and up, and a great summer bloomer for other zones. In Zone 8, during a very cold winter, it dies back but returns fairly reliably. If the winter is milder, Nutmeg Pelargonium will stay evergreen and even bloom early in Zone 8.


***If you take part in the meme, please show an active link back to this site on your own blog post!*** 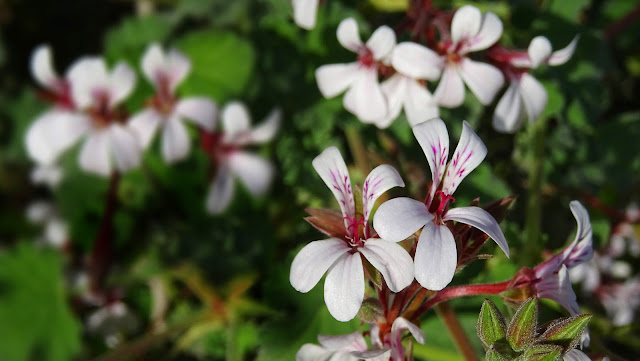 Viola is a genus of flowering plants in the violet family Violaceae. It is the largest genus in the family, containing between 525 and 600 species. Most species are found in the temperate Northern Hemisphere, however some are also found in widely divergent areas such as Hawaii, Australasia, and the Andes. Some Viola species are perennial plants, some are annual plants, and a few are small shrubs.

A large number of species, varieties and cultivars are grown in gardens for their ornamental flowers. In horticulture the term "pansy" is normally used for those multi-coloured, large-flowered cultivars which are raised annually or biennially from seed and used extensively in bedding. The terms "viola" and "violet" are normally reserved for small-flowered annuals or perennials, including the type species.

Viola odorata is a species of the genus Viola native to Europe and Asia, but has also been introduced to North America and Australia. It is commonly known as wood violet, sweet violet, English violet, common violet, florist's violet, or garden violet.

The sweet scent of this flower has proved popular throughout the generations particularly in the late Victorian period, and has consequently been used in the production of many cosmetic fragrances and perfumes. The scent of violet flowers is distinctive with only a few other flowers having a remotely similar odour. References to violets and the desirable nature of the fragrance go back to classical sources such as Pliny and Horace when the name ‘Ion’ was in use to describe this flower from which the name of the distinctive chemical constituents of the flower, the ionones – is derived. The leaves are edible and contain mucilage. 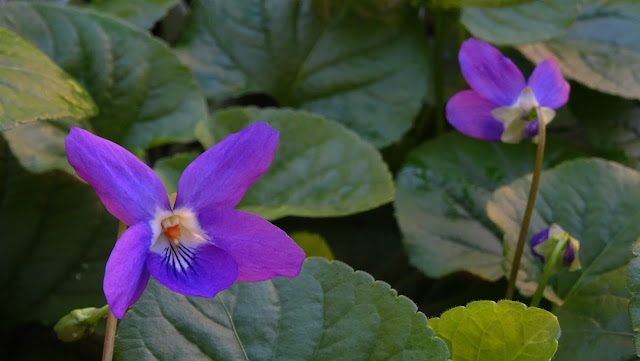 Helleborus niger, commonly called Christmas rose or black hellebore, is an evergreen perennial flowering plant in the buttercup family, Ranunculaceae. It is poisonous. Although the flowers resemble wild roses (and despite its common name), Christmas rose does not belong to the rose family (Rosaceae).

The plant is a traditional cottage garden favourite because it flowers in the depths of winter. Large-flowered cultivars are available, as are pink-flowered and double-flowered selections. It has been awarded an Award of Garden Merit (AGM). It can be difficult to grow well; acid soil is unsuitable, as are poor, dry conditions and full sun. Moist, humus-rich, alkaline soil in dappled shade is preferable. Leaf-mould can be dug in to improve heavy clay or light sandy soils; lime can be added to 'sweeten' acid soils.

The cultivar illustrated is Helleborus 'Anna's Red'. This beautiful variety has stunning deep flower colour. Deep magenta blooms which adorn the plant in winter and early spring, make this is one variety that is very popular. 'Anna's Red' is a vigorous grower with a tidy habit. Plant alongside our other varieties for maximum impact. Hellebores provide stunning results when mass planted in shady areas of the garden. 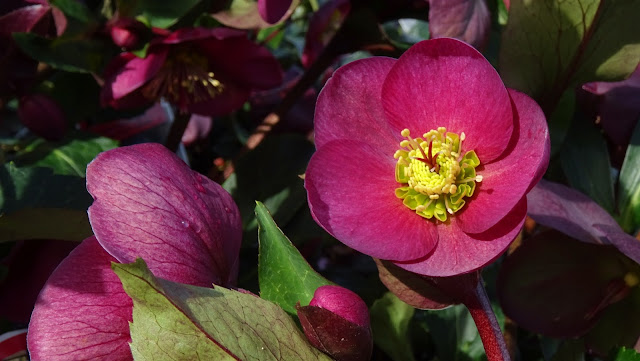