Hakea bucculenta is a large shrub up to 4 metres high with linear leaves up to 150 mm long x 3 mm wide. The species is similar to H. francisiana and H. multilineata and all have fairly similar cultivation requirements. They all belong to the Proteaceae family.

The flowers of H. bucculenta occur in large racemes about 150 mm long which are seen in the leaf axils in winter and spring. The flower colour is orange-red. Although the flowers occur within the foliage, the open habit of the plant means that they are well displayed, never failing to attract attention. Flowers are followed by woody seed pods about 20mm long containing two winged seeds, the usual number for all Hakea species. The pods do not shed the seed until stimulated to do so by environmental conditions (eg after a bushfire).

This species has been in cultivation for many years but is mainly suited to areas of low summer humidity. In humid areas it can grow successfully for some years but may collapse overnight. Grafting (see below) is recommended for these areas. The species is tolerant of at least moderate frosts and the flowers are attractive to honeyeating birds. The species grows and flowers best in an open, very well drained, sunny position but it will tolerate some shade.

Hakea bucculenta is easily grown from seed. Cuttings may succeed but these may not be particularly easy to strike and often do not produce a strong root system. Grafting of the species onto the eastern species H. salicifolia has proved to be very successful and has enabled the plant to be grown in previously unsuitable areas. Grafted plants are now appearing in specialist Australian plant nurseries in eastern Australia. This tree is becoming a very popular and attractive street tree in Melbourne. 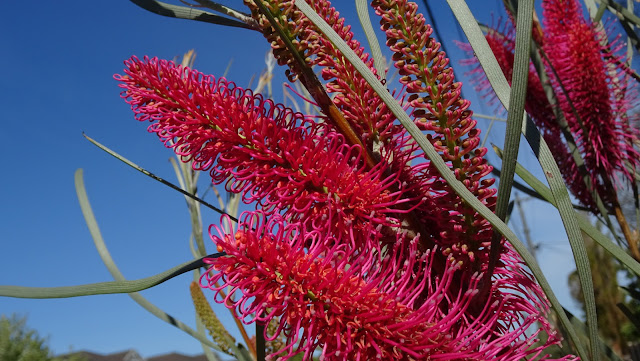 Rosa 'Slim Dusty' is a Floribunda Rose released to commemorate the life of the Australian Icon and Country Music Legend, Slim Dusty. This rose was released in Australia by Landsdale Rose Gardens and part of the proceeds from the sale of this rose will go towards the development of the Slim Dusty Centre in Kempsey, NSW, Slim’s home town.

The Slim Dusty Rose is rich golden coppery orange – a colour reminiscent of the Australian outback. The flowers are carried on strong-stemmed clusters and produced in massive profusion throughout the flowering season. The bloom possess an old fashioned tea rose fragrance. The bush is very compact to a height of around one metre and a group planting or rose hedge would make a stunning, eye-catching border of the rose garden. 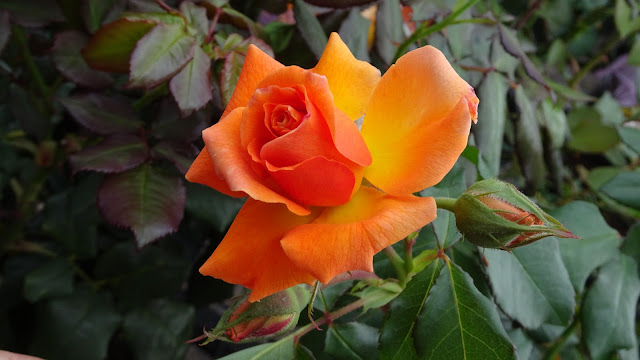 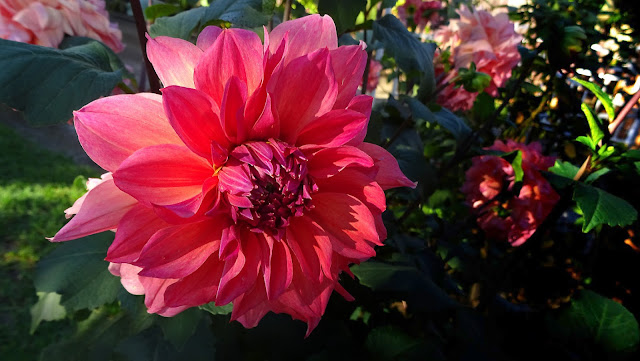 Dais cotinifolia, known as the Pompom Tree, is a small Southern African tree belonging to the Thymelaeaceae family. It occurs along the east coast northwards from the Eastern Cape, inland along the Drakensberg escarpment through KwaZulu-Natal and the Transvaal, with an isolated population in the Eastern Highlands of Zimbabwe.

It flowers profusely during the summer months and produces a multitude of pink, sweet-scented, globular flowerheads about 10 cm across. Depending on the circumstances it can reach a height of up to 12m, although it rarely exceeds 6m in cultivation. This is a beautiful ornamental tree and the delicious scent of the flowers can make the whole area around the tree replete with fragrance. 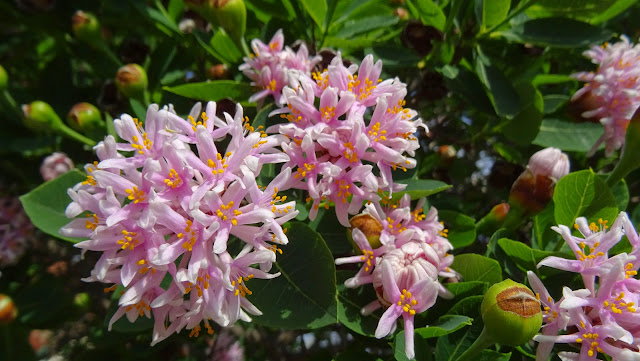 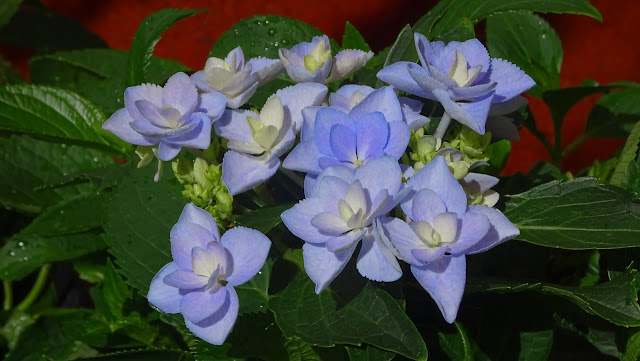