Papaver rhoeas, with common names including common poppy, corn poppy, corn rose, field poppy, Flanders poppy, and red poppy, is an annual herbaceous species of flowering plant in the poppy family Papaveraceae. It is a temperate native with a very wide distribution area, from Africa to temperate and tropical Asia and Europe. It is regarded as an agricultural weed (hence the common names including "corn" and "field").

As the plant thrives in areas of disturbed soil, it was often abundant in agricultural fields before the advent of herbicides. Flushes of poppies may still appear in fields where herbicides are not used, as well as those in fallow. The corn poppy and its cultivars such as the Shirley poppy are widely grown in gardens, and are frequently found in packets of seed labelled "wildflower mixes". Since World War I, it has been used in the Commonwealth as a symbol of remembrance for fallen soldiers. 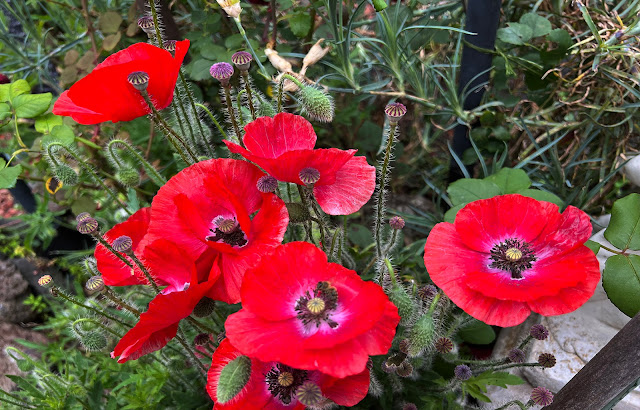 Click here to enter
Posted by Melbourne Australia Photos at 04:00