Illicium anisatum, commonly known as the Japanese star anise, is a tree similar to Chinese star anise. It is highly toxic, therefore it is not edible; instead, it has been burned as incense in Japan, where it is known as shikimi. Cases of illness, including serious neurological effects such as seizures, reported after using star anise tea may be a result of using this species.
I. anisatum is native to Japan. It is similar to I. verum, but its fruit is smaller and with weaker odour, which is said to be more similar to cardamom than to anise. While it is poisonous and therefore unsuitable for using internally, it is used for treatment of some skin problems in traditional Chinese medicine.
Join me for Floral Friday Fotos by linking your flower photos below, and please leave a comment once you have done so! 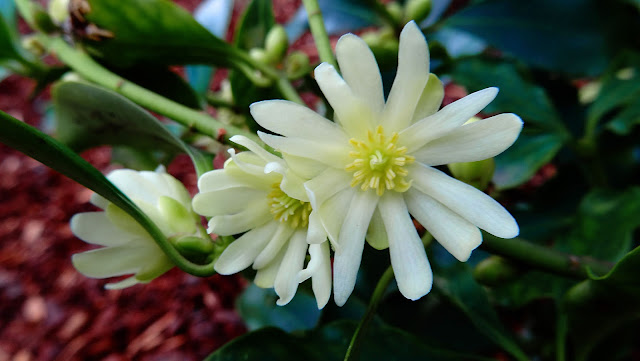 Click here to enter
Posted by Melbourne Australia Photos at 05:56