Tradescantia sillamontana is a perennial evergreen herbaceous plant of the genus Tradescantia, of the family Commelinaceae.  This species is one of the most succulent and xerophytic, but at the same time one of the most attractive species of Tradescantia. It is endemic to dry areas of the State of Nuevo León in northeastern Mexico. This plant has a very recognisable and distinctive appearance. The leaves are arranged in a precise geometric shape. Almost completely white hairs cover all parts of the plant: Leaves, shoots, and even the buds. These protect the plant from direct sunlight and excessive evaporation.
Shoots and stems reach a height of 30–40 cm, first erect, later prostrate and rooting at the soil surface. The leaves are fleshy, ovate, 3–7 cm long, covered with grayish-white short hairs. During the summer, the flowers appear at apical growth points or in the axils of the bracts; these are typical Tradescantia flowers. The corolla consists of three bright purplish-pink to purple petals and three small sepals. Tradescantia sillamontana is almost as easy to grow as other species of the genus Tradescantia. However, unlike most species of Tradescantia, this species is almost succulent and nearly xerophytic (perhaps the only more xerophytic and succulent member of the genus is Tradescantia navicularis).
T. sillamontana should be grown in a well lit position, although direct summer sun can cause burns, so gradual acclimatisation is needed. Flowering in summer is quite abundant, if well-cultivated. The plant quickly loses its desirable appearance with abundant watering, too dark a location, and an excess of nitrogen. Spraying the leaves is not recommended at all. Soil should allow good drainage, with at least a third to a half made up of coarse sand and gravel. Moderate watering is required during the growing season; the plant should be kept almost dry in winter maintenance. The minimum temperature during the period of dormancy is 10°C.
The plant can be divided in Spring, with any shoots which are too long being trimmed. In the subtropical zone this is one of the most popular garden plants. In Europe it is sometimes cultivated in gardens and rock gardens, but in the winter it is brought into a cool greenhouse or protected from cold and moisture with a temporary shelter. Reproduction is easy by cuttings 5–8 cm long, rooted in sandy soil, or by dividing and transplanting the bush.
Join me for Floral Friday Fotos by linking your flower photos below, and please leave a comment once you have done so. 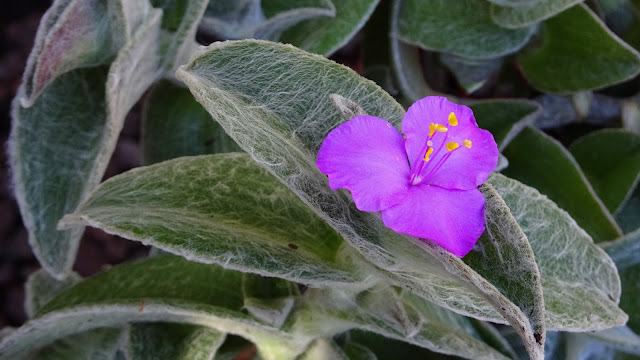 Click here to enter
Posted by Melbourne Australia Photos at 04:44