Hedychium is a genus of flowering plants in the ginger family Zingiberaceae, native to lightly wooded habitats in Asia. There are approximately 70-80 known species, native to Southeast Asia (Thailand, Malaysia, Indonesia, the Philippines, etc.), southern China, the Himalayas and Madagascar. Some species have become widely naturalised in other lands (South Africa, South America, Central America, the West Indies, and many of the islands of the Pacific, Indian and Atlantic Oceans) and considered invasive in some places.

The genus name Hedychium is derived from two ancient Greek words, hedys meaning "sweet" and chion meaning "snow". This refers to the fragrant white flower of the type species H. coronarium. Common names include garland flower, ginger lily, and kahili ginger. Members of the genus Hedychium are rhizomatous perennials, commonly growing 120–180 cm tall. Some species are cultivated for their exotic foliage and fragrant spikes of flowers in shades of white, yellow and orange. Numerous cultivars have been developed for garden use, of which 'Tara' has gained the Royal Horticultural Society's Award of Garden Merit.

Hedychium greenii (shown here) is a small to medium sized ginger, usually growing only 1 metre tall, but sometimes up to 1.6 m, if grown in optimal conditions. The foliage is very attractive, reddish-purple stems and undersides of leaves and dark green on the upper sides of the leaves. The flowers are bright red but the flower heads are smaller than many other Hedychiums. Hedychium greenii is unique among butterfly gingers by producing prolific small plantlets from the flower heads. You can pull off these plantlets after they mature a bit and stick them in the soil about 2 cm, and they will root readily forming new plants. This makes them easy to propagate, and it is a very good thing.

Hedychium greenii requires a little more shade than other Hedychiums. It has a tendency to dry out in that much sun, unless regularly watered. Its native habitat is moist, even marshy ground, and it should be kept very moist for best flowering. Hardiness ratings all the way from zone 7 to zone 9.


Join me for Floral Friday Fotos by linking your flower photos below, and please leave a comment once you have done so!


If you link your post here, please show a link back to this site on your blog post... 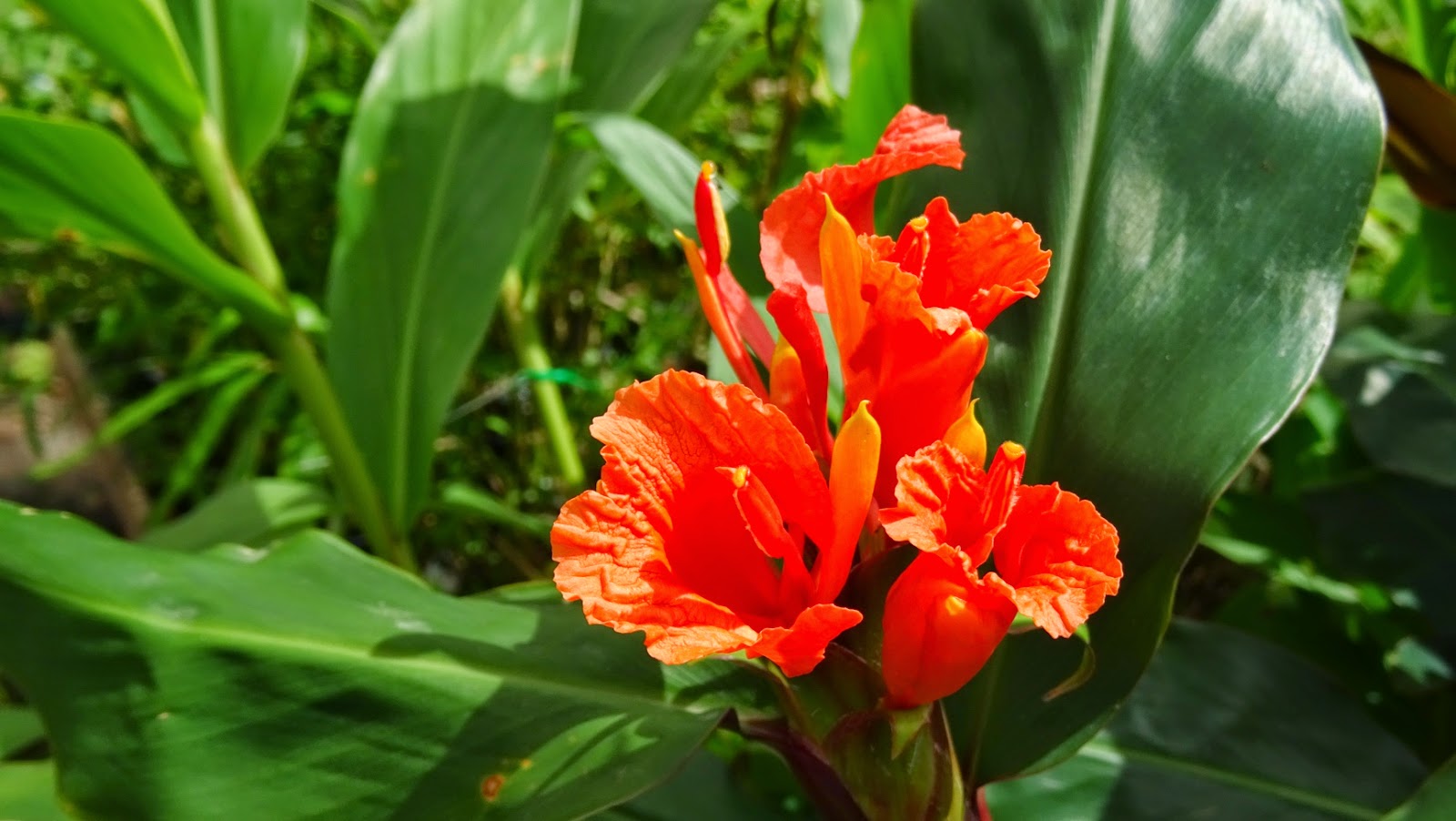 Posted by Melbourne Australia Photos at 06:13